I’m not too sure what that stuff falling out of the sky was late morning but it settled the dust. Last nights Cheltenham’s preview evening went off without too much embarrassment. Sadly, Richard Johnson couldn’t get back from Mussleburgh so the panel was a little light on celebrity status. Will Kennedy stood in for Richard and did a superb job and I whipped in as quietly as possible.

This morning mostly all the horses excluding the babies put in hard yard on the sand gallop and cantered a couple of miles. After this dry spell it is hard work for them and they know they have worked without being galloped.

Snapdragonfire did it well this afternoon at Ludlow winning his third race of the season, admittedly, the race wasn’t deep and he won in the fashion one hopes an 8/11 on shot would do. He hasn’t had a race and posing for the camera wasn’t in his script. 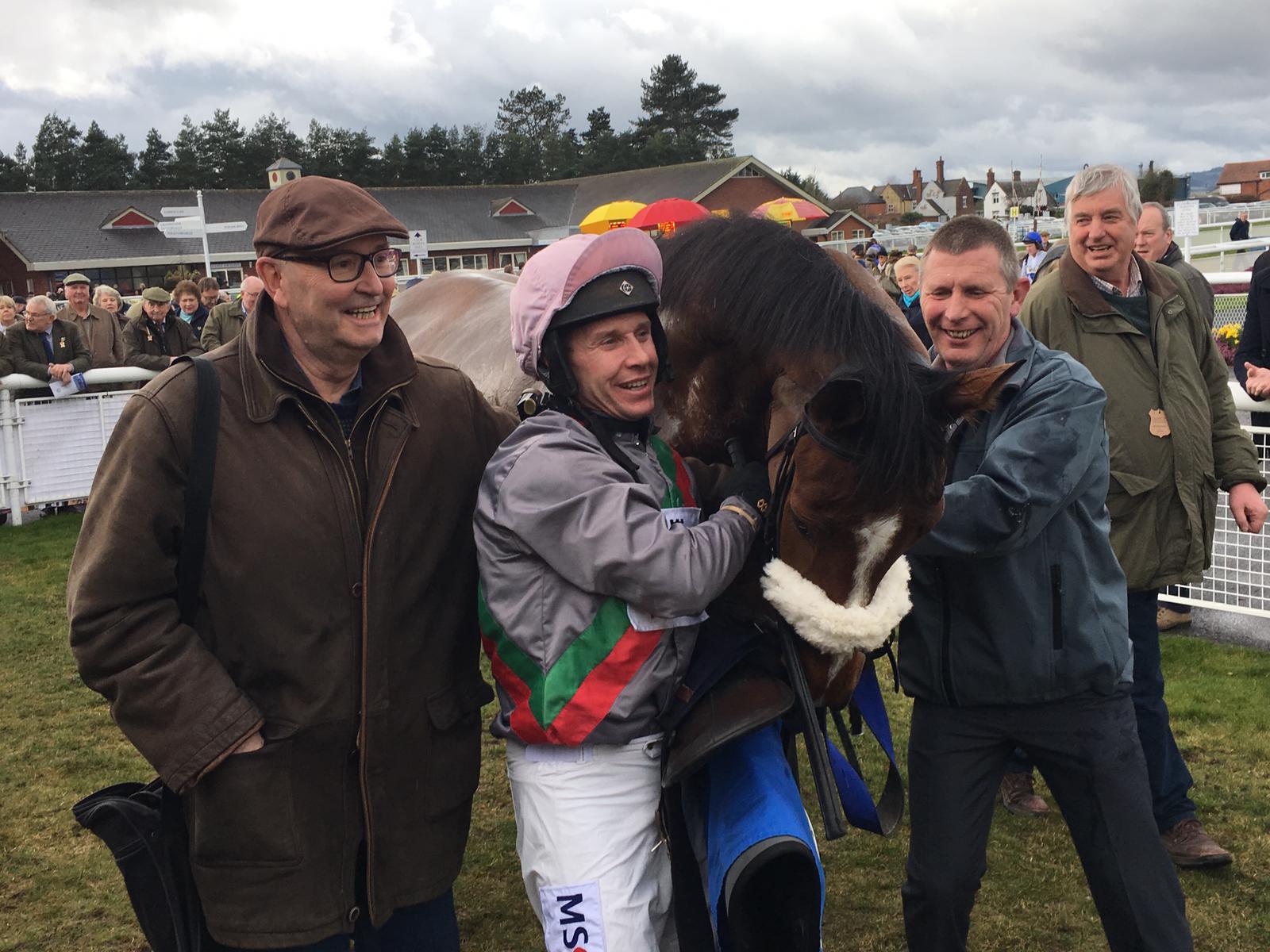