We are getting to the right side of Christmas for another year. We didn’t manage a Boxing Day a winner but the horses that completed ran well.

Sir Egbert ran a very acceptable race. We all know the consequences of running back quickly, sometimes it pays off, other times it is just too quick and you probably need more in hand that what Sir Egbert has. He’s gone up 6lbs for Newbury and won’t be getting another chance in that grade for a longtime, it was a run to nothing and we’ve lost nothing in defeat. He has earned himself an easy week or two.

Market Rasen wasn’t as straight forward as the previous year when Kimberlite Candy won up there. It certainly provided a Boxing Day Sophie and Sholto won’t forget in a hurry. Albert broke down in the Land Rover and trailer 20 odd miles short of Market Rasen, we managed to get Sir Egbert onto another passing lorry and off to the races with Albert. Sophie and Sholto set off to collect the trailer before heading onto Market Rasen to collect Albert and Sir Egbert for the return leg. Albert was left in charge of the jeep and Sophie bought Sir Egbert home to bed. Albert got to bed soon after midnight having been passed like a baton in a relay by the AA who don’t travel further than 60 miles from their bases avoiding the use of taco graphs. I am still awaiting news on the Land Rover which I fear maybe expensive.

Mean while our two two boxes travelled to Wetherby, En Meme Temps is continuing to step forward, Alan Johns says the penny is yet to drop and he still has to learn to race. Strange given the number of runs he’s had but some are faster learners than others.

Dorking Cock ran a nice race and will ultimately need to step up in trip.

Triopas seems to hit the panic button when faced with fences on the track, he schools beautifully at home yet can’t cope with the hustle and bustle of a race mentally. He got away with taking a massive liberty at Uttoxeter but wasn’t so fortunate yesterday. Thankfully, Tommie and Triopas are both fine and live to fight another day.

All horses are sound and well this morning.

This morning we worked Sebastopol, Glory and Fortune, Kateson, Lady Cylla, Via Delle Volte and JohnBB, the others all had quiet canters.

I received the most charming email about Sir Egbert the horse and human over Christmas a copy of which is below:

My wife Mary and I are interested in Sir Egbert, we guess the horse is named after Mrs Cadbury’s ancestor Sir Egbert Cadbury. He was a friend of my parents who had a preparatory school in Sussex (at Bradfield during WW2), he also had an investment in the school. I remember my parents used to meet Sir Egbert at the Great Western Hotel, Paddington, sometimes when I was being put on the school train to Worcester at the beginning of term!

I attach a letter from Sir Egbert to my father, it seems my father was attempting to use “the inside track” to get extra chocolates for the boys in the days of wartime rationing.

Good luck to you and Mrs Cadbury at Market Rasen on Wednesday, if he ever runs down this way (Sussex) perhaps we can make it to the races….we are both octogenarians.!

With best wishes……and for Christmas, 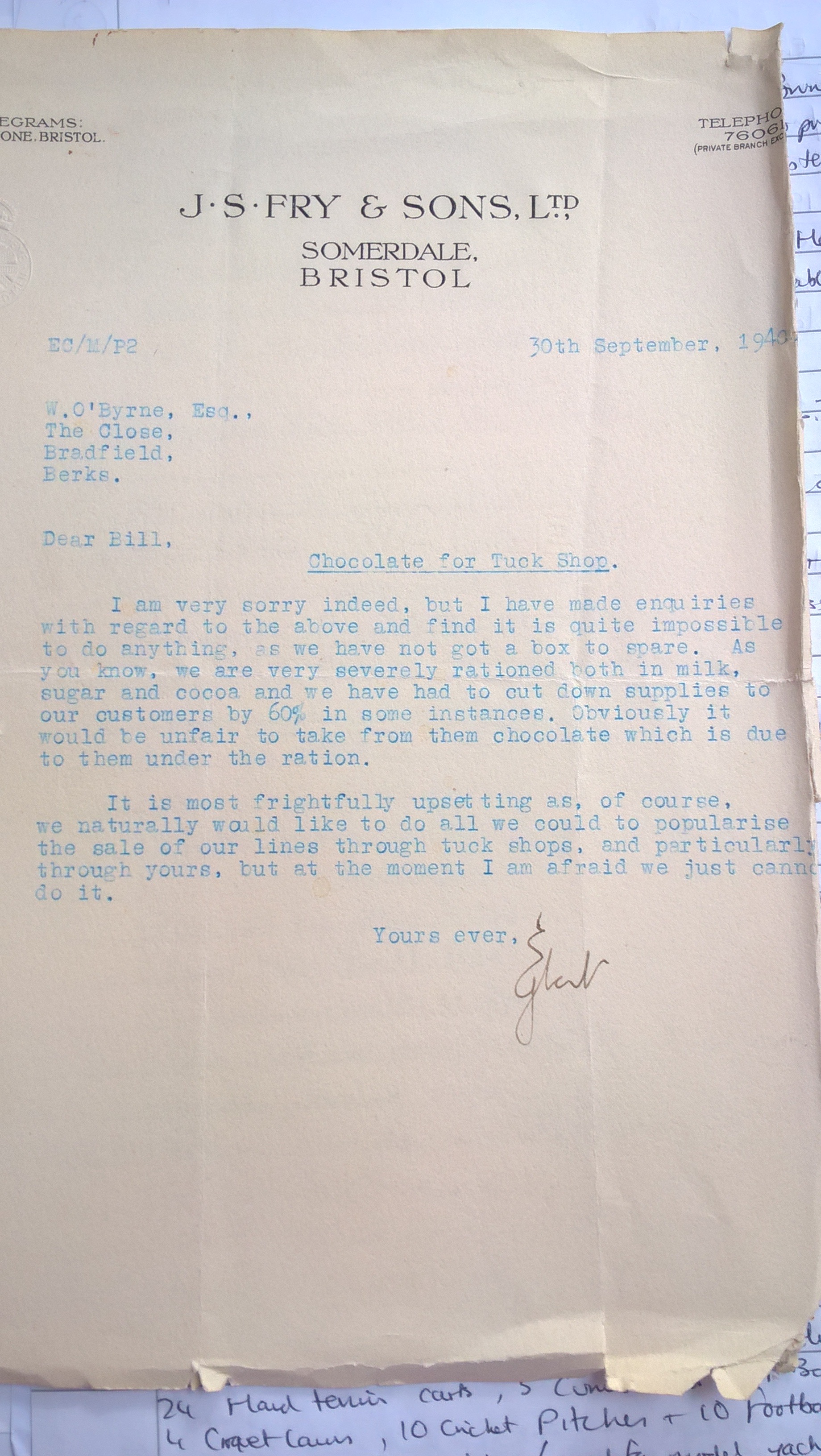