Typical Monday morning canters for all.

Vado Forte did too much too soon yesterday. Even though we were aware that there was a lack of pace in the race we still imagined that it would be run at break neck speed, handicappers on good ground at Cheltenham would always suggest that to be the case. We need to learn from our mistakes as we made a conscious decision to leave the hood off, in hindsight, it was the wrong decision.  I should have known better, a horse I previously trained had his hood removed when he joined his new trainer and it soon went back on and has remained on since. I won’t be in a hurry to remove a hood again. Decisions have to be made and we have to remain open minded. Quite often, a jockey will suggest the hood be removed when a horse appears to have relaxed through its last couple of races. What I have now taken on board is the removal of a hood can have a dramatic impact.

Equus Amadeus ran a super race, had he not of been stopped in his tracks on the home bend he would have been a lot closer as he made up 6 lengths from the last hurdle to the line. I’m not suggesting he would have won!

Thomas Patrick heads to Newbury tomorrow for a press day prior to the Ladbroke Trophy, we will need to get the mud off him before he stands for the cameras. 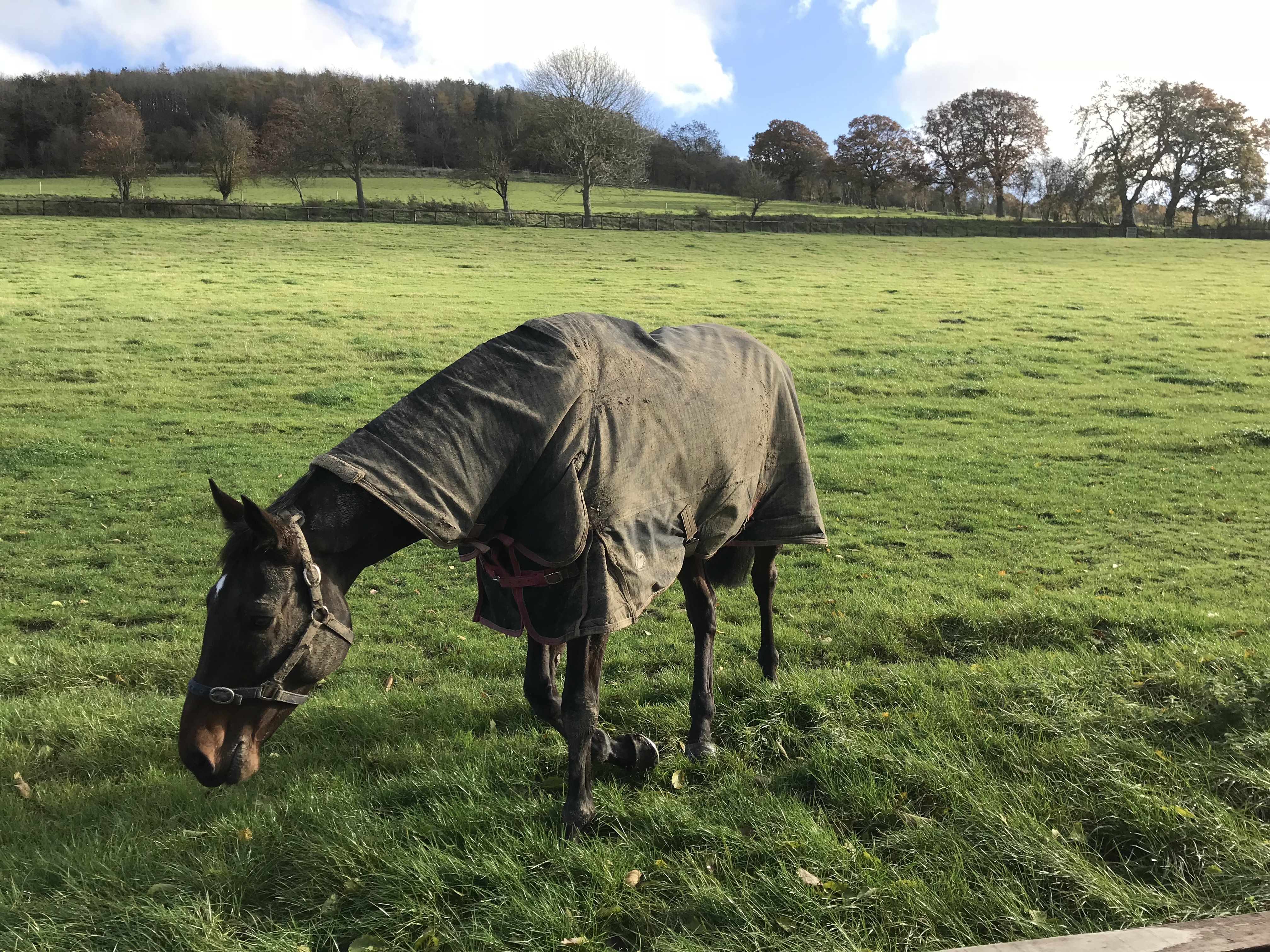