Typical Monday morning canters for the horses, those that ran on Saturday seem in good order.

Seemed to be a day for visitors, Doc Martin was on his way to Ffos Las, he called to see Lamanver Storm have a quiet couple of canters, his journey home should be easy as their horse won later in the afternoon at 7-1. Since losing the price of a kitchen floor I hardly ever bet. If I think a horse of our own is way over priced I will have a small wager. Annoyingly, I choose to ignore Doc Martin’s tip.

David Richards also called in with supplies, we have enough sweets, Welsh tea cakes and cakes to take us through to next Christmas. Mrs Newell dropped off Bells On Sunday’s half sister, she is by Great Pretender, we know her well having broken her at two. She has done very well and is a horse we all loved at two. When she gets a fence and 3 miles she could be anything.

I am a big fan of Luck on Sunday and always watch it at some point during the day. There is a lot of chat about welfare and the responsibility we as an industry have. Very little reference is ever made about those we are answering too. I am left guessing that it is left wing back benchers and the animal rights activists. A minority! It goes without saying it is a subject we all take extremely seriously and know of our responsibility. However, I do feel at times we should stand firm and now bow down to those who think racing is cruel in anyway at all. It doesn’t appear that The Irish Turf Club are suffering with the same battles and I ask myself has the industry opened a can of worms on themselves. I occasionally watch racing from other parts of the world. It is crystal clear, jockeys in the UK use their whips considerably less than others elsewhere in the world. Our jockeys are doing a fantastic job and should be applauded for the way they have used the whip over the last few years. Unless the number of races run are increased reducing field sizes has to by definition reduce casualties over the year. Jockeys getting more falls than others has so many dimensions to it. Therefore, it does nothing but change a figure on a piece of paper.

Horses are the most pampered animals in captivity, they have been breed to race, it is in their genes and most of them love to race. One example is to see the loose horses jumping from fence to fence. If a human breaks their leg they could wait for days to have surgery, if a horse gets a fracture they are made comfortable within minuets by way of drugs, and operated on within hours. I lay on the floor for over an hour when I broke my leg waiting for medical care. The industry has the best welfare of horses in the world and we should be making that clear and be very proud. Statistically, horses die from colic more than any other illness or sports injury. I have only heard this in a vet’s seminar and not once heard anyone say so publicly. Facts like this should surely be put out there, and yes horses get colic standing in a field eating grass. I don’t feel the need to justify myself or the industry on welfare issues. Next time your driving up and down the motorways look out of the window and see how many riding horses and ponies you see standing neglected in sparse, poached fields. I know I’d rather be a horse in training than one standing in one of those fields. The trouble is, those we are justifying ourselves to won’t be able to see over the steering wheel of their family saloon. 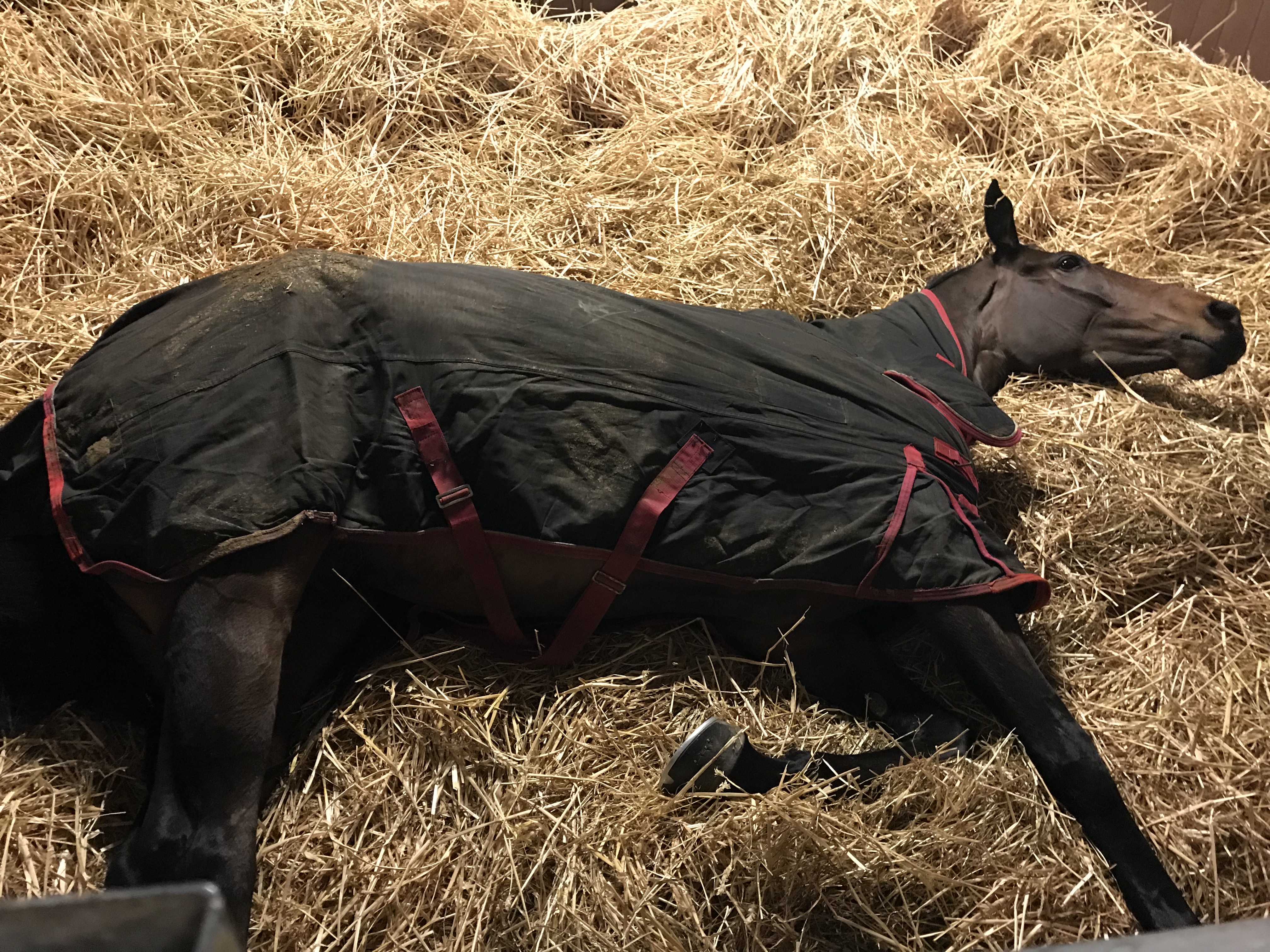