Little change since last weekend, one can only hope that we get racing again on 1stJune. I am disappointed that we didn’t get going sooner and believe Ralph Beckett and Mark Johnson were right. The BHA were not on the front foot when they should have been. I think, public perception was their over riding concern and as you will know I do not agree that public perception should have been a governing factor. Had we have started sooner, of course there would have been critics but there would also have been those who would have admired the industry.

Swift Wing and Lossiemouth worked yesterday and will have entries as soon as suitable races are available. Silk Run, Luck of the Legion, Ardlair, Yes No Maybe So, Pirate of The Sea and Black Anthem continue to put in plenty of hard yards. A few more babies arrived last week to be broken-in. Although, we move along plenty quick enough with breakers, we are still old fashioned enough with those tasks. It appears that a younger generation think it is clever to have them swinging up a gallop within days of arriving at their yards. I’m glad I don’t own any of those horses as that is not good practice. Their minds are as important, if not more so, than their physical state.

The timber supplies for the woodchip turn out paddocks has held us up, the digger is now cleaning out the drains parallel with the woodchip gallop, I thought it would just be a case of ruffling up the clean stone but sadly, that is not the case and they require a complete refurbishment.

I am often told I look ill and too thin, this lock down should have resolved that issue for a while, I found myself going for my first run since 2005 when I ran a marathon this week.  I wish I could say I'd been more than once but haven't managed it. I think my running days are over. 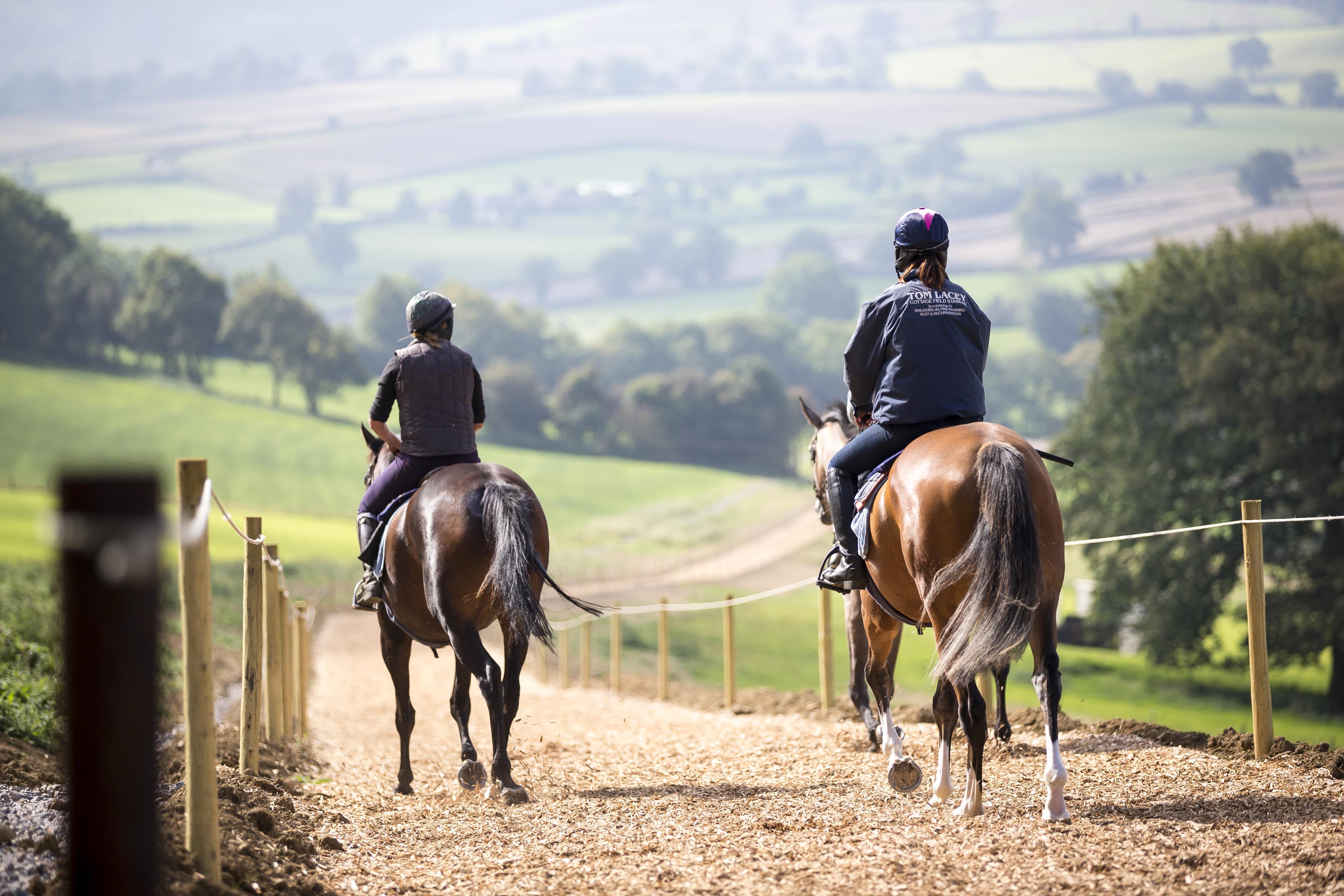