Glory and Fortune is in great shape after his win at Cheltenham, he will go on to tick over for a few weeks whilst we consider our options. He is most likely to have one more run in the spring before heading out to grass. Aintree is the most likely option but we will look at The Tattersalls sales race at Fairyhouse. Easter is very late this year and by 21stApril the ground could have gone. 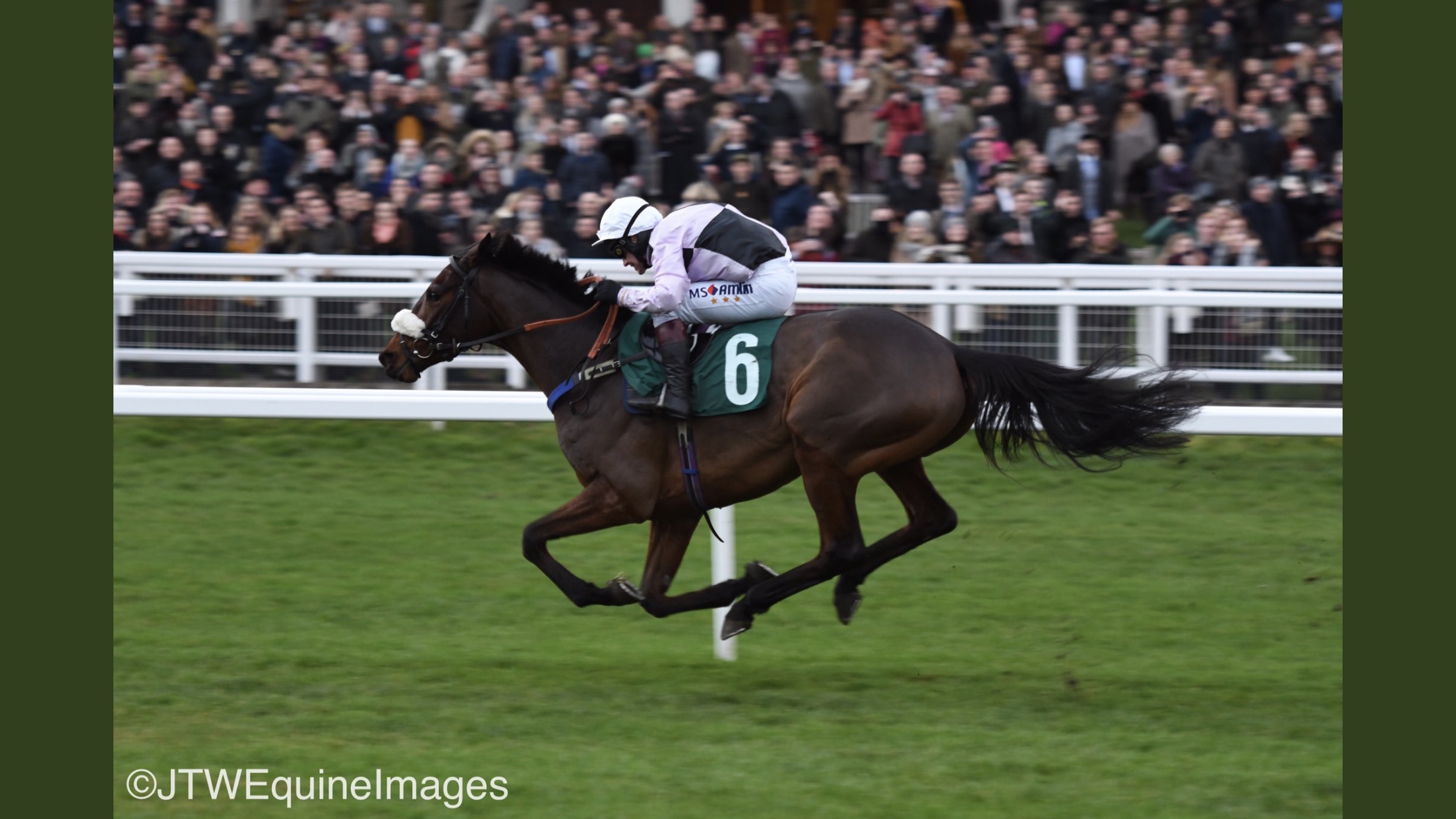 Yesterdays win for Johnbb was slightly over shadowed by the disappointment of Sebastopol getting beaten. JohnBB is name after Clive Boultbee Brooks’ father. Clive’s father died over Christmas so to get JohnBB in the winners’ enclosure was very important. I’m delighted we were able to do so as Clive had mentioned how much he wanted JohnBB to win next time of asking and requested we found him the right race to do so. Thankfully, by hook or crook, it all came together.

I’m am not making excuses for Sebastopol, when he got wide onto the better ground he hit the line very hard and is a far better horse than the result suggests. His jumping isn’t accurate enough, we know he can jump as he attacked his fences throughout his p2p, whether or not he has just lost his confidence in some shape of form I don’t know. There was no consistency with his jumping yesterday, he was either brilliant, too low, in too tight, too high and awkward at others. Tomorrow, we will be taking X-rays of his spine in order to rule that in or out as a problem. If we can rule it out, we can crack on and improve his style of hurdling.

This morning many covered plenty of yards around the sand and up the hill. We schooled eleven 4 year olds and Jester Jet over fences. All jumped beautifully and there’s plenty to look forward to.

The sand gallop will be out of action now for a week as the diggers are in and will flip the surface and replace the membrane. As I’m sure you’ve all built a sand castle at some stage of your life you will know sand pans. The pan reduces the drainage and it is paramount we have an even consistent surface to canter on. We have never been shy when it comes to spending money on the gallops or any other facilities here but the gallops are bar far the second most important thing in any racing yard. The most important being a healthy environment, as if you don’t have that you don’t need a gallop.