We have been keeping busy this week topping up the woodchip gallop. It is now as good, if not better than the day it went in. Our new woodchip turnout pens are coming along and the drainage is nearly in, the welcome rain stopped us for a few days but they will be a huge asset to those horses who show signs of sensitivity to dust when stabled. The rain allowed us the opportunity to roll some of the paddocks, on Woolhope clay the window of opportunity to roll can be very small and that window has now closed as quickly as it opened. 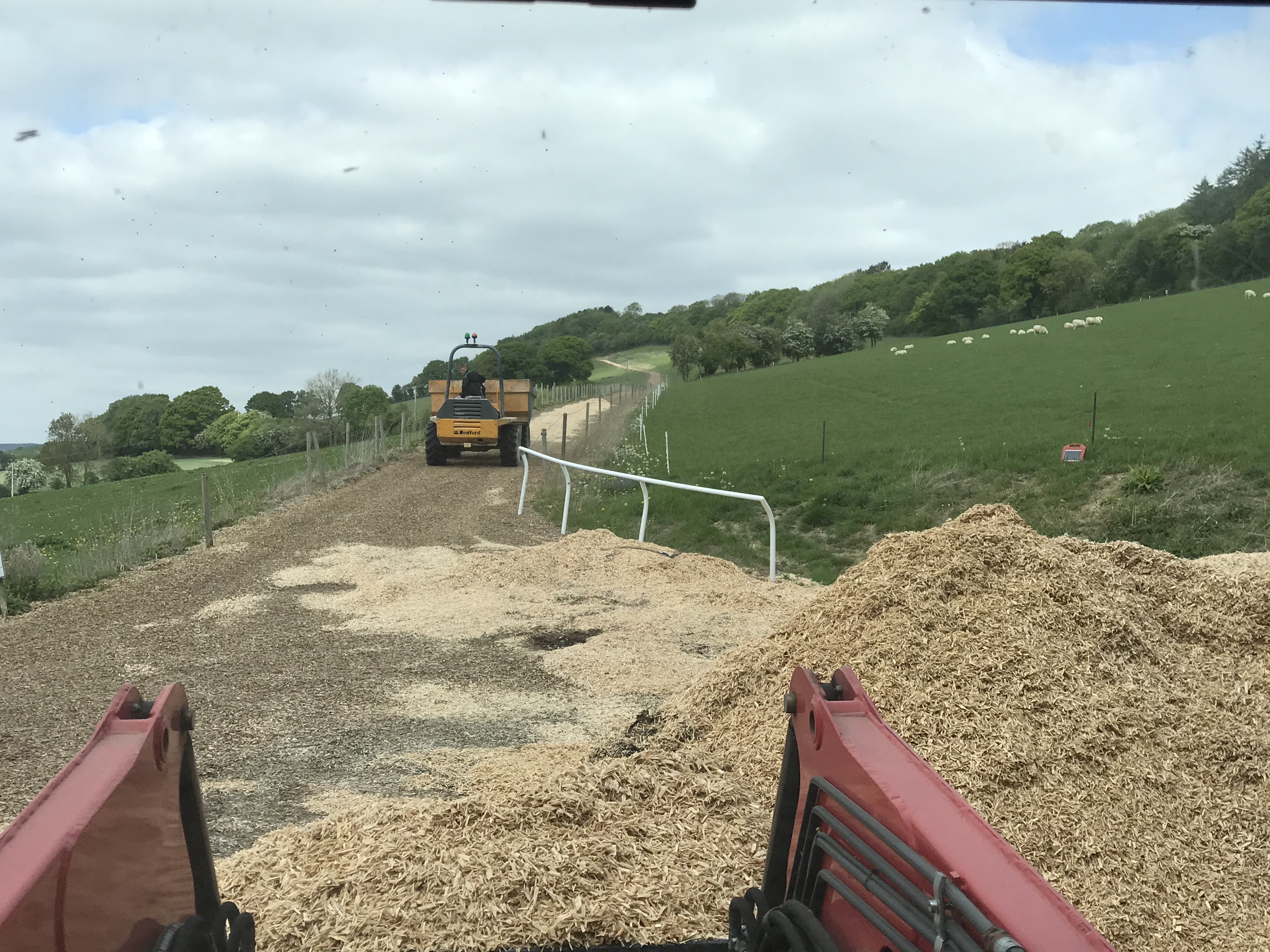 The few horses in full training have been doing routine canters and working once a week. Today Lossiemouth, Swift Wing, Silk Run, Luck of the Legion and Ardlair all worked. With no fixed date for the resumption of flat racing I see know point in working them aimlessly. They will be ready as soon as racing resumes. Getting a run may prove the biggest challenge as the flat horses will surely take some thinning out. Both ours want trips so they have a better chance than many of doing so. 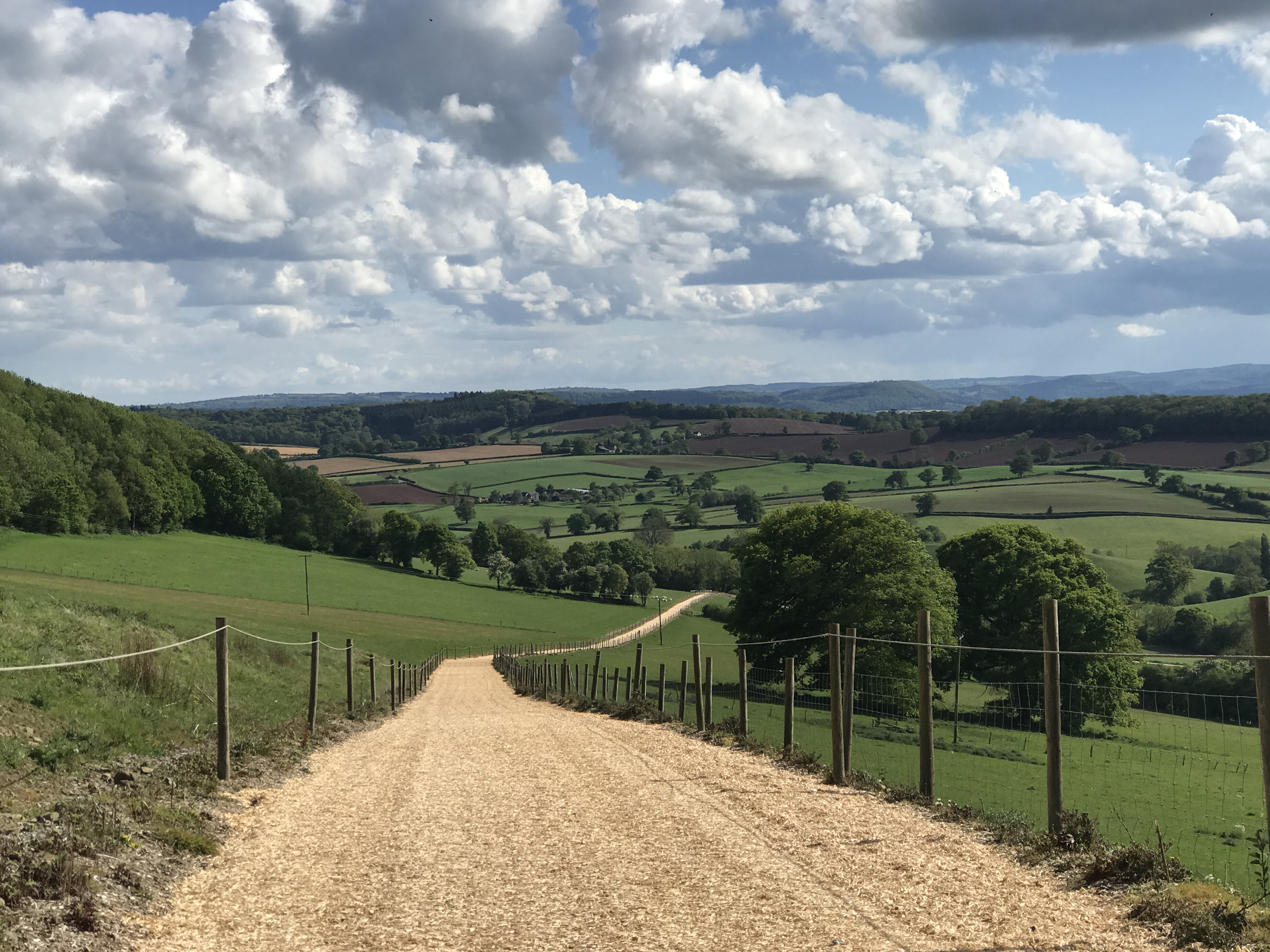 The babies are all riding around the farm and having hack canters around the sand and will be lobbing away upsides again on the hill now it is back in action. Black Anthem, Yes No Maybe So and Pirate of the Sea are coming back into work on Monday in the hope jump racing gets going again in July.

Ralph Beckett and Mark Johnson caused a stir last week suggesting that Nick Rust should step down. Mark has an argument in that Nick Rust is working a years notice. I am delighted he choose to give a years notice, it is not a position easily filled and having time on side should insure the right candidate is appointed. I can’t believe too many will be applying for the job. Ralph believes that Nick’s thoughts are not those of the participants, I think Ralph is speaking out of sheer frustration rather than having a personal vendetta against Nick. Having shared a house with Ralph for seven years I know him very well, he’s one of my best mates. There are not many, if any, shades of grey with Ralph. Acceptance of the current situation maybe a hard pill for Ralph and many other trainers with yards full of horses bursting to run to swallow. However, he and everyone else need to swallow it. In Ralph’s role as a member of the resumption of racing team he and others should continue to keep the BHA honest. I am all for holding the BHA to account and unless people like Ralph and Mark Johnson do so they appear to be unaccountable. I have never understood calls for anyone to resign when things go wrong, which, in this case hasn’t happened. When things go wrong you want people to dig in not walk away. They, the BHA have been poor with their communication but when we do get information it is clear that they are working with others to get us back racing as soon as it is safe to do so. The BHA defend paying their astronomical rent in London in order to be close to ministers, I believe it exceeds over one million pounds / annum. In my mind, this rent in itself is outrageous, given their constantly cries of the lack of funds, there is surely considerably cheaper office space nationwide. Now is the time to justify that rent, get in the faces of ministers and make sure we are top of the pile and ready to resume as soon as it safe to do so. Public perception has also been a factor in the quest to resume racing, I do not bow to public perception, a very small minority seem to be heard above the masses when it comes to public perception. I am all for standing up and telling those who want to see racing banned what good has been done of late and that this is how we currently operate; we will continue to review all aspects of our sport and if they don’t like it they can stick it where the sun doesn’t shine.